If you’re arrested and charged with a felony, at first, you’re probably worried about a lot of other things than whether or not it’s a federal or state offense. However, once the dust has settled, understanding the accusations against you is the first step in mounting a strong defense. The attorneys at The Mary Beth Harrell Law Firm have a wide breadth of experience in defending clients against both types of charges, and are ready to help you fight.

Our founder Mary Beth Harrell is licensed in both state and federal court and has a winning record in both. Let her put her skills to work for you in one of the most important fights of your life.

Defense against felony charges in TX

Here in Killeen, the majority of criminal charges are prosecuted on the state rather than the federal level. That’s because most crimes occur within state lines – like an assault, DWI or theft – so the federal government gives states discretion to prosecute on their own. However, when a crime crosses state lines or violates federal laws, it’s likely a federal offense and tried in federal court.

The consequences of conviction for a federal crime are much more severe than those for a state crime, so if you’re facing charges for a federal offense, it’s crucial to get smart and aggressive criminal defense immediately. And don’t forget, conviction of a state offense can also have a major effect on your future. Let our defense lawyers answer your questions and provide the information you need.

What’s the difference between federal and state crimes?

Although most criminal offenses are prosecuted here in Texas state court, there are certain criminal offenses that might be prosecuted in both. If you’re charged with a crime where there’s a jurisdictional overlap between state and federal law, both prosecutors will determine where the crime will be prosecuted. Sometimes a crime can be charged in both state and federal court. Often, the determination of where a case will be heard and tried hinges on the severity of the crime.

Federal criminal law is listed under Title 18 of the United States Code, while Texas has its own state penal code. The United States has dozens of agencies tasked and authorized to investigate and enforce their federal laws, including the:

Our criminal defense attorneys are well-versed in both state and federal courtrooms and have a long track record of success. Whatever type of charges you’re facing, we have the savvy to take them on.

What about double jeopardy?

You might be wondering how you could be charged with the same crime on both a state and federal level. Under the Fifth Amendment, we’re protected from being prosecuted twice for the same crime. This clause is known as “double jeopardy.” So, what this means is, if you’re tried in state court for an assault and found innocent, you can’t be tried again for that exact same offense – it’s over. However, if an alleged offense violates both state and federal law, you can be prosecuted under both.

This is called the “dual sovereignty doctrine,” and if the government chooses to exercise it, it’s imperative you have a criminal defense attorney who understands both state and federal law inside and out.

What crimes are considered federal offenses?

You’ll find there are fewer types of federal-level offenses than state-level crimes. This is because states can pass nearly any law as long as it’s constitutional. However, the federal government can pass laws only when the national interest is at stake. For example, the United States government has jurisdiction over the following:

Our experienced legal team can speak with you about the charges against you and together we’ll start building the best and strongest possible defense for your case.

How are federal and state crimes prosecuted?

Federal criminal court proceedings work under different guidelines than individual states. The prosecution may often call on testimony from agencies like the FBI, DEA or other organizations to support their case. This is why it’s so important to have criminal defense who understands the federal system as well as the types of legal strategies that succeed in these types of cases. And – most importantly – the attorneys at the Mary Beth Harrell Law Firm protect your constitutional rights from beginning to end to ensure you’re treated fairly during the entire process.

How are federal and state crimes sentenced?

In addition to the differences in prosecution, federal and state crimes are also sentenced differently. In state cases, a judge (and sometimes jury) follows guidelines for sentencing after a criminal conviction. However, they may have wide discretion. Federal judges, on the other hand, must consider federal sentencing guidelines when handing down a sentencing – including mandatory minimums. Federal penalties and sentences tend to be much more severe than state sentences, even when the criminal offense is similar.

The facilities where offenders serve out their sentences are different as well. If you’re convicted of a federal crime, you’ll serve time in a federal prison and, similarly, state prisons are for those convicted of state crimes.

You can search all federal prisons by state at the Federal Bureau of Prisons, but the federal corrections facilities currently in Texas include: 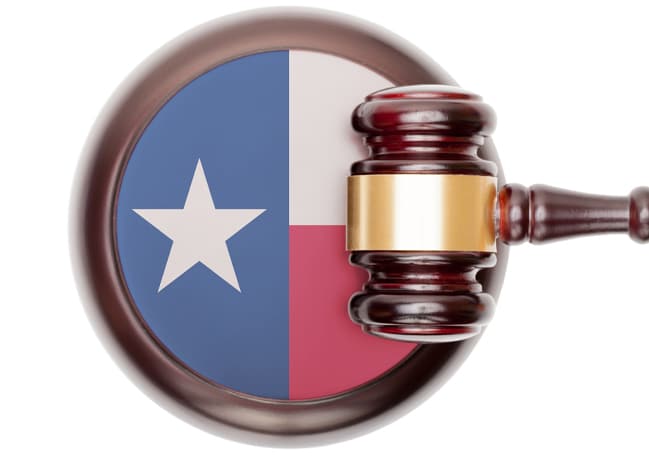 How your Killeen criminal defense attorney can help

It doesn’t matter whether you’re fighting state or federal charges – you need tough defense and you need it now. Like we tell all our clients, we know you’re innocent until proven guilty beyond all reasonable doubt. The prosecution has a lot of resources at their disposal. But, as a former prosecutor herself, Mary Beth Harrell can help you level the playing field and ensure your right to fair proceedings.

When we take your case, we get to work immediately by:

Our goal is simply this – getting your charges reduced, dropped or securing your acquittal. We’re attorneys and we’re litigators and we’re here for you.

Defense for state and federal crimes in Killeen, TX

If you’re facing any type of criminal charges, the defense attorneys at the Mary Beth Harrell Law Firm can help. Our decades of combined experience give you the tough, smart representation you need to keep your criminal record clean and your reputation protected. Contact us today at 254-680-4655 or by filling out our contact form. We have offices in Killeen and Harker Heights, and handle in-custody visits for clients who cannot come to us.