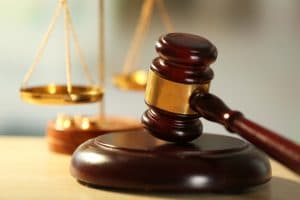 Aggravated assault is defined in Section 22.01 of the Texas statute as an assault that:

Any person who is accused of committing an aggravated assault is presumed to know the victim was a public servant or security official if that person was wearing a badge or “distinctive uniform.”

There is also a separate charge of aggravated sexual assault.

Aggravated assault charges are serious, and you face stiff penalties if convicted. You’ll want to hire an attorney to defend you as soon as you can, so that we can begin building the defense on your behalf. Depending on the exact nature of the charges against you, and the circumstances surrounding your arrest, we may be able to argue:

Other defenses may also apply depending on what happened.

At Mary Beth Harrell Law Firm, our Killeen aggravated assault defense lawyers have been fighting for defendants for several decades. Prosecutors understand that we have the skills and resources to argue your case before a jury of your peers and to make persuasive arguments before the judges assigned to your case. We fight every step of the way to help you obtain your freedom. To discuss an aggravated assault case, call us at 254-680-4655 or fill out our contact form to make an appointment. Our offices are located in Killeen and Copperas Cove.