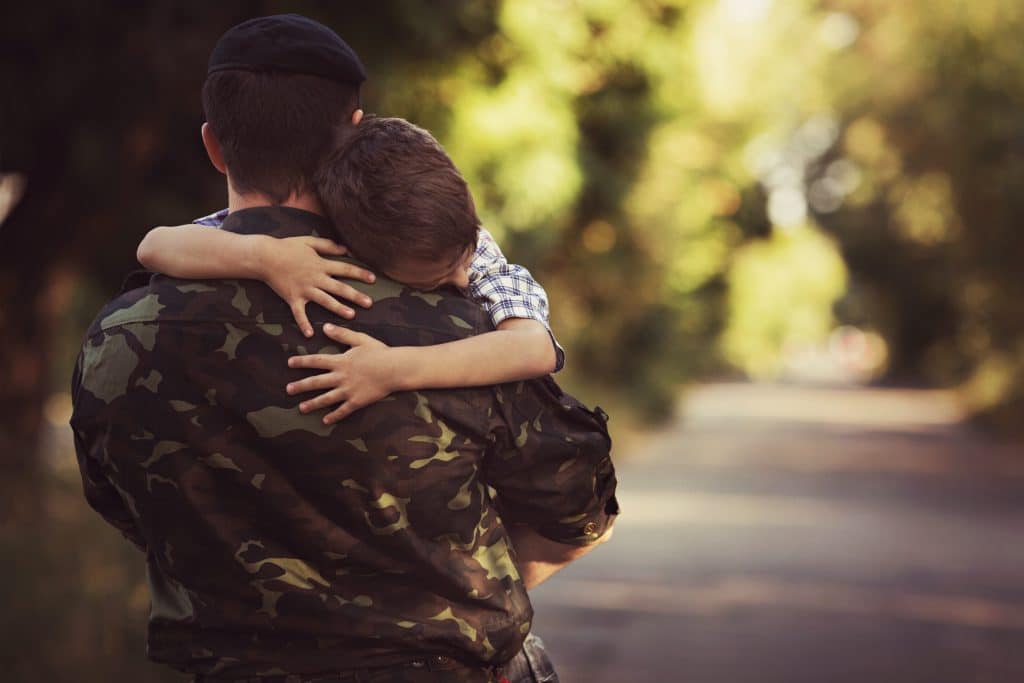 All divorces involving child support are complicated, requiring calculations and negotiations. And, when one parent is in the military, a child support agreement follows different rules. The government affords service members different allowances and protections than civilians when it comes to child support. Each branch of service has their own rules and policies on determining the amount of child support the court can award if you and the other parent are unable to come to agreement on your own.

This is why it’s important to have a thorough understanding of child support, especially how it relates to military family law. The Killeen attorneys at the Mary Beth Harrell Law Firm have decades of experience with these types of cases and, as a military mom and wife herself, Attorney Harrell is happy to answer any questions you have about either seeking or paying child support. Don’t hesitate to contact us today.

Members of the armed forces have the same responsibilities to support their children as civilian parents. During a divorce, courts determine child support based initially on guidelines indicated below but may also vary from those to account for the specific needs of the child based a variety of factors, including:

These guidelines are adjusted for parents who pay child support to more than one other parent. To those having multiple sources of income, or are generally high income earning, child support is generally calculated based on a set maximum monthly earning.

It can be difficult for a service member to accurately estimate their income, due to job-specific and fluctuating factors like housing and food benefits, hazard and combat pay, military allowances and cost of living increases. Our attorneys can help sort out finances to determine what’s eligible and what isn’t.

As the parent of a child, you have a right to bring a child support action against a member of the military. However, do keep in mind that service members are afforded certain protections, like the SCRA, that can put a temporary halt to legal proceedings involving civil cases until their active duty is completed.

Enforcing a child support order from a military parent

There are several ways of enforcing a court order. For members of the military, the federal government is the employer – so if the obligated parent will not pay child support, the other parent can request an enforcement order for the government to withhold a portion of their wages for child support payments. You can find out more details about this at the Defense Finance and Accounting Service website, and of course our Killeen child support attorneys can answer questions about your specific circumstances.

If the courts haven’t ordered child support, the military can still become involved. All branches of the armed forces require their members to meet legal and ethical obligations, including paying their debts and supporting their children. A service member’s superiors can enforce support through an official reprimand or via punitive means.

What are my child support responsibilities if I’m deployed?

Whether you newly join the military or are actively deployed, your obligations to provide child support don’t change. You should, however, ensure you take care of your responsibilities before leaving for an active deployment. Recommended actions include:

We know that it’s simply impossible for many military servicepeople to plan in advance for every type of deployment, so let us work with you to ensure all the crucial child support details are covered.

I need to file for child support but don’t know where the other parent is stationed.

If the other parent of your child is a member of the military and you need to serve a child support action, our attorneys can help. You can also contact your local child support agency. The agency that serves Killeen is located in Bell County. Child support agencies and other authorized personnel have access to a tool called the Federal Parent Locator Service to help track down non-custodial parents. The state of Texas has compiled a thorough checklist of information to gather for the best results.

If know what branch of the military in which the other parent is stationed, they may have their own locator service that our child support attorneys can employ on your behalf.

How do I file for child support if the parent of my child is deployed overseas?

As you can see, family law issues involving members of the military can get complicated. You can count on our Killeen attorneys to guide you through the process with as much efficiency and ease as possible.

If you or your spouse are service members, there are certain family law matters requiring special attention. The military child support lawyers at the Mary Beth Harrell Law Firm have decades of experience working with members of the armed forces, advocating for them and their loved ones. We have the skill it takes for a favorable outcome for your case. Let us help. Contact us today at 254-680-4655 or by filling out our contact form. We have offices in Killeen and Copperas Cove and handle in-custody visits for clients who cannot come to us.