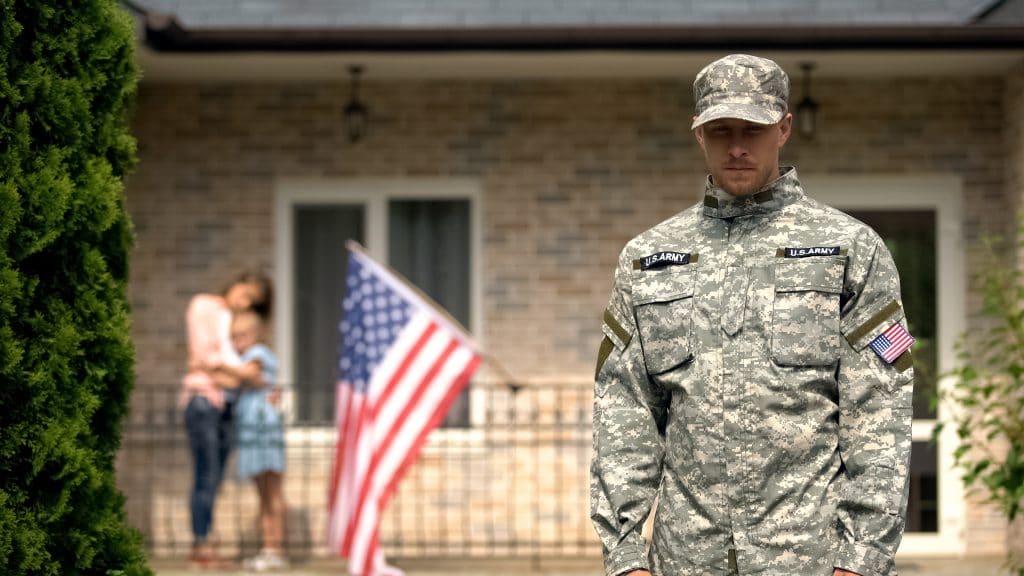 Addressing the unique issues in military divorce in Harker Heights, Copperas Cove, and across Central Texas

If you or your spouse are members of the military, divorce or any family law matter can get complicated. How do you proceed with a case or court order when one spouse is on active duty? How do you arrange an equitable child custody agreement if one parent gets stationed out of state, or even out of the country? And, how do you split a military retirement account during asset division? These are complex questions for any family, and even more for service members.

The Killeen attorneys at the Mary Beth Harrell Law Firm bring a unique and knowledgeable perspective to military and family law matters. In fact, Mary Beth herself is an Army wife and mom, with two sons completing multiple deployments to Iraq and Afghanistan. She understands the details of divorce and family law matters for military families at Fort Hood and other bases throughout Central Texas. Call us today.

Why is military divorce different from other divorces?

Grounds for divorce in the military are the same as any other divorce in Central Texas. However, service members are afforded several protections. For example, the Servicemembers Civil Relief Act (SCRA) protects members of the military from having to deal with legal proceedings while on duty, as well as for a period after they return from active duty status.

Our attorneys are experienced in handling all types of military law matters, including:

The rate of divorce among female service members is more than double that of their male counterparts. [source]

My spouse is stationed at Fort Hood, but we married in another state. Where do we file for divorce?

As a member of a military family, you’re probably used to moving regularly. But this can make knowing where to file for divorce a little difficult. The good news is you don’t have to go back and file in the state or county where you got married. You should file in the state where one spouse has an established residency. For example, if you’re filing for divorce here in Texas, either you or your spouse must have lived here for at least six months, and in the county in which you wish to file for at least three months.

Because the court assigns custody based on the best interest of the child, many active military members worry they may lose parental rights during divorce and child custody hearings. However, service members can certainly seek joint or sole conservatorship of their child, naming another individual as the person who can exercise visitation or maintain possession of the child while the parent is on active deployment.

Whether it’s you or your spouse who’s a member of the military, it’s important to understand your financial obligations, your rights under the law and how asset division works.

Because Texas is a community property state, the USFPA lets the courts treat military retirement pay as marital property, meaning it’s part of asset division during a divorce.

The branches of the military all have their own rules on the amount service members are required to pay for child support. Calculations for child support are typically based on their Leave and Earnings Statement (LES), Basic Allowance for Housing (BAH) rates, the Military Pay Chart, and the income tax return. A service member’s child support obligations typically do not exceed a certain percentage of their pay and allowances, which is itself based on the number of children the service member is obliged to support. If military duty affects a service member’s income – for example, if they’re stationed in a country with a high cost of living, raising their BAH – the court may allow for a temporary modification order during deployment. More about child support and military considerations here.

I’m on active duty and was served with divorce papers. Now what?

The SCRA allows service members to file a stay to delay divorce proceedings while they’re on active duty. This allows those in the military to focus on their work duties rather than family and domestic issues until those duties no longer interfere with their ability to participate in divorce proceedings.

What is a family care plan?

Your family care plan should always be up to date, especially during and after a divorce or changes in child custody. Our Killeen attorneys can provide guidance with this process.

Why do I need a family law attorney?

Although service members and their spouses do have access to free legal advice through the Judge Advocate General’s Corps (JAG), these officers can only provide basic information. Further, JAG officers typically don’t practice family law, don’t prepare or file official divorce documents and can’t represent you in court. For family issues like divorce, spousal and child support, you need a civilian attorney who has experience with military families. At the Mary Beth Harrell Law Firm, we understand the unique details that go into your family law matters – including retirement and medical benefits, SCRA, child custody, support, and other considerations.

We also understand the issues stay-at-home military spouses face when seeking child support, and fight hard for equitable solutions and the best interests of your children. Most importantly, when one parent is away from home serving their country, the child shouldn’t suffer. Our attorneys work passionately to strengthen the bond between children and their parents.

If you or your spouse are in the military and facing a divorce or child support matter, our attorneys can help. At the Mary Beth Harrell Law Firm, we understand the intricacies and complexities that come along with military family law issues. We provide smart, experienced guidance to help settle your family matters as easily and efficiently as possible. Contact us today at 254-680-4655 or by filling out our contact form. We have offices in Killeen and Copperas Cove, and handle in-custody visits for clients who cannot come to us.