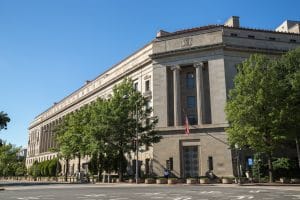 The legal system can be complex and tricky to navigate, and if you’ve been charged with a crime, you may not quite understand why you’re being charged the way you’re being charged. For one man from Texas, this is exactly the case. Having started and ended a crime in his home state, one might assume that he would be charged with state felonies, but instead the government is seeking to charge him on the federal level. This is an important distinction, because the differences between state and federal penalties can vastly differ ,with federal penalties being much more severe than state.

What’s going on with this Texas case?

The subject of our discussion is a man named Daniel Skipworth, a nineteen-year-old charged with aggravated sexual assault of a child, kidnapping, trafficking a child, and engaging in forced sexual conduct. Those are serious charges, and he is set to be charged by the federal government for these crimes even though the crimes occurred in his home state of Texas. So why isn’t he being charged by the state?

It’s for the simple reason that during these alleged crimes, he crossed state lines. Leaving Texas, he traveled to Alabama where he was alleged to have picked up a female minor. From there, he took her back to Texas and to his home near the town of Tyler. The girl spent two days in his hold before the police were able to track Skipworth and the girl to his home and arrested him. He resisted arrest, upset that his father had let the authorities into the house at all.

According to interviews with the 13-year-old victim, she had originally agreed to meet with Skipworth, but had changed her mind shortly after he had picked her up, and told him that she wanted to return home, which he refused to do. According to Skipworth, he had planned to take her back to her home after he had rested up from their drive between Alabama and Texas.

Skipworth is currently in the local county jail with a $560,000 bond. That he’s being held at this county jail while he awaits federal charges has angered the locals, who don’t see why they should have to pay for the incarceration of someone who isn’t even going to be tried by their state government.

What penalties is Skipworth facing?

Under U.S.Code 1201, the minimum prison time for kidnapping is 20 years. For trafficking a child, we need not look further than the U.S. Codes 2421 and 2423, which “make it a crime to transport an individual or a minor across state lines for the purpose of prostitution or any other illegal sexual activity. Unlike 18 U.S.C. § 1591, both of those statutes do require proof that the victim crossed a state line. If a minor is transported across state lines in violation of Section 2423(a), the penalty is not less than 10 years in prison, up to life.”

Skipworth is possibly and likely facing life in prison unless he can get a plea deal or his charges are lessened.

Why are federal charges “worse” than state charges?

Not every federal charge carries a harsher penalty than a state charge; in fact, some federal charges follow state sentencing guidelines, which means that the potential penalties are almost the same as they would be if you were charged by Texas.

There are a few major differences that end up making federal charges and convictions more severe.

This man is facing some very serious charges because of the crimes he committed while traveling across state lines. It’s important for you to know the difference between state crimes and federal crimes and the punishments they come with. If you are being charged with similar crimes, and are possibly being faced with federal punishment, it’s important that you have a skilled and knowledgeable attorney at your side to help you find the best way forward. Contact Mary Beth Harrell Law Firm at 254-680-4655. Our offices are located in Killeen and Copperas Cove in Central Texas. Feel free to fill out our contact form to schedule an appointment.