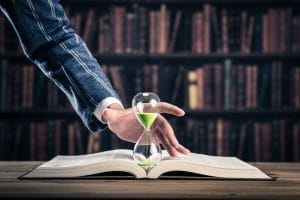 It’s easy to think we know how the criminal process works. A criminal is arrested, read their rights, and then it’s off to jail with them. That’s how TV shows like Criminal Minds, NCIS, and Brooklyn 99 work, and if we haven’t been arrested ourselves, then why should we think otherwise? Or sometimes, we simply have assumptions based on hearsay from our friends, family, or just what we assume. Unfortunately, not everything is as it’s portrayed on our favorite TV shows.

The criminal process is a little more complicated and murky than that, but it’s not our fault. Codes and laws aren’t exactly riveting reading, and if we haven’t been arrested or accused of breaking the law, then there’s no reason to have to know exactly how everything works; however, it may be important that you know what to expect if you are ever charged with a crime.

Ready for a quick quiz about the criminal justice process? Don’t worry – you won’t be graded.

True or false? A police officer must identify him or herself to you.

A police officer does not need to tell you if they are a police officer or not. After all, if they had to do that, countless sting operations would be thwarted. This sort of thinking began because of the concept of entrapment, which is when a police officer somehow induces or persuades you to do a crime that you would not have otherwise committed.

You have to be read your Miranda rights.

You are allowed one phone call while in custody.

It is not written anywhere that you have the right to a phone call while in custody. Some police jurisdictions may offer it to you, but it is not a guaranteed thing. If you do get to make a call, it’s important to know that the police officers may be taking notes on who you’re calling, and they might be listening in on the call itself.

Technically, it all depends on the type of case – criminal or civil. It’s hard to imagine why a victim wouldn’t press charges, but it happens. If a crime is reported by a witness or victim, an arrest happens and a court finds there was probable cause to their arrest, it then lies in the hands of the victim to decide whether to press charge. Perhaps they don’t have the funds to support litigation, or they don’t have the time. Either way, in a civil case, the victim does not necessarily have to press charges. In a criminal case, however, the state always presses charges if evidence supports doing so. A murder or a hit and run, for example, are crimes against the state and not just an individual person.

While it would be nice if forensic evidence could be processed so quickly, it’s not the case. Oftentimes, crime scene evidence such as DNA takes months to process. (Also, they’re not the ones who arrest people either).

There are a large amount of serial killers and child predators out there making up the majority of criminals.

While serial killers and child predators do seem to make up the majority of criminals on shows like Criminal Minds, it’s not the case in real life. Less than one percent of children who are missing are abducted by strangers, and children are actually five times more likely to drown than to be kidnapped. Additionally, serial killer victims make up less than one percent of the homicides in the United States.

If I remain quiet during questioning, then the police will stop asking me questions.

There are plenty of myths and misconceptions out there concerning the legal and criminal process, and it’s important to know the facts. Anyone can make a mistake and find themselves under arrest someday. Do not bank on the idea that you can do a certain thing because you saw it on a show or you simply assumed that was how it works. The legal process is a complex one, and we should understand how it works in relation to how we might find ourselves in the midst of it.

If you find yourself in the criminal justice process and you’re confused, hiring a lawyer is your best option. Attorneys know what will work best for you. If you want an informed and experienced attorney, contact Mary Beth Harrell Law Firm at 254-680-4655. Our offices are located in Killeen and Copperas Cove in Central Texas. Feel free to fill out our contact form to schedule an appointment.