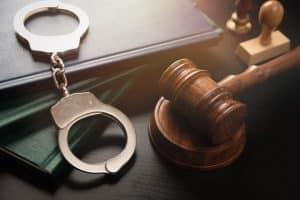 Texas laws regarding guns can be difficult to understand. On one hand, the state allows people to carry handguns in public without a license to carry. On the other, if a person with no criminal history feels threatened and subsequently pulls their firearm from their holster, purse, or glove box, they could be facing a felony charge of deadly conduct.

But did you know you can also be charged even if you don’t have a gun?

What is deadly conduct?

Under Texas law, deadly conduct is a specific type of assault. It closely resembles reckless conduct but has a more specific focus on firearms. Deadly conduct is an extremely serious charge that can be challenging to successfully overcome without an experienced Killeen criminal defense attorney on your side. It is said to have occurred when:

In most cases, deadly conduct is not charged on its own, but instead is charged as a misdemeanor in assault or aggravated assault cases. However, it can be charged as a felony when it involves a firearm.

There are basically four ways for someone to receive a deadly conduct charge. These include:

No one needs to be hurt or killed for a person to be charged with deadly conduct, and an offender doesn’t need to have the intention to hurt anyone. Instead, to be charged with deadly conduct, an individual’s behavior must put someone at imminent risk of serious harm, e.g., if they have a firearm that is believed to be empty but discharges unexpectedly, they’ll likely face serious consequences.

However, there is one exception to deadly conduct: If someone has legally consented to the actions taken by a person holding a gun, the gun holder may have a solid defense against charges of deadly conduct. If the action did not result in actual harm, perceived consent is also a defense.

What makes the conduct “deadly?”

Some noteworthy characteristics of deadly conduct include:

What is not considered deadly conduct?

While there can be some similarity between the crimes of deadly conduct and aggravated assault, deadly conduct is typically charged in cases involving reckless behavior, not in situations where someone intended to injure another person. If a prosecutor cannot prove that an offender acted intentionally or knowingly, they might attempt to allege that the accused had the criminal intent to act recklessly in connection with the alleged victim.

What are the penalties for a deadly conduct conviction?

Deadly conduct without a firearm is a Class A misdemeanor in Texas, and a conviction could result in the following:

In comparison, deadly conduct with a firearm is a third-degree felony and a conviction could result in:

Being arrested for any crime, including deadly conduct, doesn’t necessarily mean you’re guilty. However, when you’ve being treated like a criminal, defending yourself can seem like an uphill battle. At Mary Beth Harrell Law firm, our criminal defense attorneys understand what you’re facing. When we represent you, we dedicate ourselves to protecting your rights and working hard to reduce or eliminate the charges against you. If you’re facing deadly conduct charges in Central Texas, call 254-680-4655 or fill out our contact form to schedule a personal consultation today. We represent clients in Killeen, Copperas Cove, Temple, and Belmont.