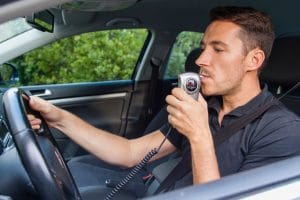 In the latest governmental move, a new safety feature may be added to vehicles. The feature in question would either be a touch or breath sensor that would test a driver to see if they have a blood alcohol level (BAC) of over .08 percent. This would then mean they would be unable to drive the vehicle. The new sensor is under development as well as legislation to match.

While there are a number of car accidents that are caused by driving while impaired, should every vehicle test its drivers? The National Highway Traffic Safety Administration (NHTSA) and several automakers believe so. This is why they have come together to form the Driver Alcohol Detection System for Safety Program. The group believes that the sensor technology would reduce the number of drunk driving accidents. Trials for this system will begin later this year.

It does not, however, come without a lot of pushback and criticism. Many feel that this technology is intrusive and there is a large margin for error. It has been admitted that sober people may even get a reading that would cause their car to be inoperable. This is a cause of much concern. There are also other considerations that the NHTSA is looking to implement in 2026 and beyond. Our Killeen DWI defense attorney disagrees with the implantation of this technology for several reasons.

There are two ways this technology works and it begs the question of whether your safety is truly at the forefront. The breath sensor pulls in your breath and then a beam of light calculates the blood alcohol level of the person. This process works similarly to a Breathalyzer test.

The other sensor is the touch feature which would be built into the car’s ignition system. This one also uses beams of light, but projected onto your finger that will read the alcohol in your system. This is not the same as a court-mandated ignition interlocking system. That system is far more intrusive and requires more from the driver than this touch sensor.

During the trial phase, software companies will install this technology onto buses, trucks, and taxis. This will be the first step to getting it to everyday consumers. We understand that drunk driving leads to accidents, and we also believe that drivers should be responsible for their actions. However, there is no way that this technology can be accurate as often as one would like. This may even cause further harm to drivers and others on the road.

If you are walking to your car at night and are trying to escape a dangerous situation, the sensor may give an inaccurate reading and make your car inoperable. This now leaves a person with nowhere to go or escape the dangerous situation they were running from. What if you are on the road and make a quick stop and are then unable to get back into your vehicle and are stranded in an area that you are unfamiliar with?

Further, there are always the issues of malfunctions and false readings, leaving a sober driver with an inoperable vehicle and potential criminal penalties.

Should alcohol detection devices be required in vehicles?

Not only are there safety concerns, but there are also privacy concerns. Government oversight is already a current topic and Big Brother seems to always be watching. Rental companies and others are already questioning how much privacy their drivers will truly have with this technology as well as how far is too far. Will the government want to install more and more technology until every single movement you make in a vehicle is tracked? Another concern is the technology deeming a driver unfit for the road when they are under the legal limit.

We believe alcohol detection devices should not be mandatory in all vehicles. There are many kinks to this technology and even traditional alcohol breath machines are not 100 percent accurate. This sensor also adds yet another distraction to vehicles. While safety features are welcomed in cars, this may take things a step too far. Many vehicle features are optional and, while the alcohol detection software may start as such, various organizations are looking to make it mandatory quickly.

If you have been involved in an accident or have been pulled over for a suspected DWI offense, will this technology make matters worse? If you are facing criminal charges, you need to remember the state must prove two things to convict you:

This technology, even with its admitted inaccuracies, can be used to prove you were driving or attempting to drive while intoxicated, even if you had not had a drink in a week. This will make it more difficult for a defense attorney to argue that you were not intoxicated at the time because the opposing side will claim to have quantifiable proof against that.

If you are facing drunk driving charges, you need an advocate who will work strategically to get your charges dropped or reduced. We can help protect your rights and defend your DUI case.  Call Mary Beth Harrell Law Firm at 254-680-4655 or submit our contact form to schedule an initial consultation with a member of our team today. We have offices in Killeen and Copperas Cove.